China to retaliate if US forces out Chinese journalists 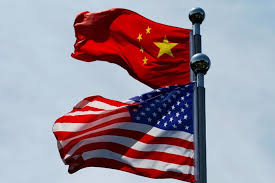 The Global Times newspaper is published by the People’s Daily, the official newspaper of China’s ruling Communist Party. The United States limited visas for Chinese journalists in the country to 90 days, with an option for extension, effective May 11. It was not immediately clear how many Chinese journalists have been affected or how many may be required to leave if their visas are not extended.

The two countries have already exchanged several tit-for-tat actions involving journalists in recent months, with the U.S. designating multiple Chinese state or Communist Party-backed media as foreign embassies. China has also expelled U.S. journalists for three US newspapers – New York Times, Wall Street Journal and the Washington Post – this year and has threatened to match any further actions by the U.S. against Chinese journalists.