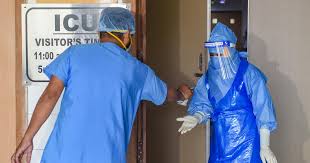 The novel Coronavirus death toll has crossed 1,00,000 in Mexico, the most populous country in the Spanish-speaking world. This comes a few days after the country registered more than one million infections, official data showed on Thursday. Mexico’s official death toll from Covid-19 is among the highest worldwide, and in the Americas lags only the United States and Brazil.

With a population of about 125 million, Mexico accounts for over 7 per cent of confirmed deaths globally, according to a Reuters analysis. Its mortality rate of nearly 10 per cent is higher than any other country that has reported more than a million cases. Mexico’s outbreak has likely been exacerbated by chronically underfunded public hospitals as well as a large informal economy in which millions have to leave home each day to earn a living, reported news agency Reuters. Government officials acknowledge that the count almost certainly reflects only a fraction of the real death toll.

From the start of the pandemic, the government has eschewed taking on debt to fund bailouts for businesses or cash payments for workers – a different approach from many other nations that sought to cushion the economic blow. The health ministry’s death toll hit 100,104 on Thursday, up 576 from the previous day. Nearly two-thirds of reported deaths so far are men, official data show. The ministry’s own figures list more than 15,000 additional “suspected” deaths.

With little testing being done and a general fear of hospitals, many in Mexico are left to home remedies and relatives’ care. Such is the case in the poverty-stricken Ampliación Magdalena neighborhood on Mexico City’s rough east side, where most people work off-the-books as day laborers at the city’s sprawling produce market.