Like Taj Mahal in India, foreigners should pay more to enter US national parks 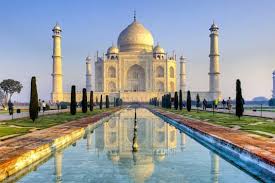 An influential US Senator has moved a legislation seeking to charge an additional fee between USD 16 and USD 25 from foreign nationals visiting the country’s national parks, arguing India does the same for monuments like the Taj Mahal. Such a proposal as an amendment to the Great American Outdoors Act moved by Senator Mike Enzi is aimed to generate the much-needed fund required to maintain and upgrade several of the top monuments and national parks in the US.

To address the current maintenance backlog of parks, it would cost nearly USD 12 billion, according to National Park Service. In comparison, last year, the entire budget for the National Park Service was USD 4.1 billion. The amendment is completely offset and provides a permanent solution, the Senator said.

“The way that my amendment works is by asking our foreign visitors, who as the numbers show are increasingly enjoying our parks, to pay USD 16 or USD 25 more when entering the country,” Enzi said. According to a study by US Travel Association, nearly 40 per cent of people who come to the US from abroad are visiting one of the national parks. That’s over 14 million people who come from abroad and visit national parks, he said.

“It’s great that people from all over the world recognise the value in these national treasures, but this increased visitation is adding to the maintenance backlog and it is only fair that we ask them to help maintain these national treasures,” he said. Enzi said that there was nothing novel about the concept as anyone who has visited an attraction outside the US has probably encountered such fees in one way or another.