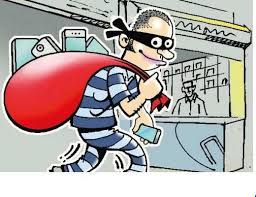 In a bizarre incident in Assam, a 22-year-old man was detained and put under quarantine at a hospital for he had “stolen” the smartphone of a COVID-19 patient from the isolation ward of JSSB Civil Hospital in Kajalgaon in Chirang district. The accused has been identified as Pappu Burman. Police caught Burman from his home at Bengtal, 15 km from the hospital. The authorities at the hospital have taken his swab samples and are waiting for the test report.

“We never thought that anyone would dare to go inside the isolation ward,” reported Times Now quoting,” hospital superintendent Manoj Das. “The man whose mobile was stolen was a COVID patient and was in an active stage,” the report added. It was further informed by Das that the accused would be kept in strict observation until his COVID report is received. “Since the COVID patient was in the active stage, we fear the mobile could be the carrier of the virus,” Das said.

Authorities also fear the secondary contacts who may have come into contact with the accused until he was arrested by the police.Chirang SP Sudhakar Singh said that after arresting Burman the police informed the administration and health authorities about it. “The health authorities will take care of the issues like collecting swab samples and other issues,” Singh said. Burman was nabbed by the cops by tracking the stolen phone and CCTV footage gathered from the hospital.