Manipur’s political situation will not have impact on Meghalaya 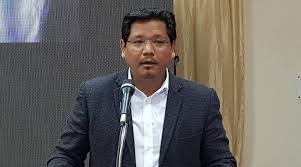 The strain relationship between the Bharatiya Janata Party (BJP) and National People’s Party (NPP) in Manipur will not impact the political scenario in Meghalaya. While the NPP with four MLAs is part of the BJP-led government in Manipur, the BJP with only two legislators is part of the NPP-led government in Meghalaya. NPP national president and Meghalaya chief minister Conrad K Sangma said that the situation which is unfolding in Manipur has to do with the leadership.

On the reasons that led the NPP legislators moving out of the BJP-led government, the NPP chief said that he had spoken to the NPP legislators in Manipur and the main reason has been some concerns regarding the leadership of the chief minister and there were situations where some of the portfolios were taken away from the NPP ministers besides some interference was also there.

“These were some of the concerns by the ministers and we have taken up this issue at the Central level of the BJP earlier but whatever the case may be, since we have decided to work together, we continued. But it was only when three MLAs from the BJP resigned and that triggers the entire sequence of events. There were concerns raised earlier too but I am not here to blame anybody. May be we were not able to resolve those issues that led to its building up. Let’s see as we are discussing and trying to resolve,” the Meghalaya chief minister said. Stating there are always concerns in coalition and it is never simple and easy, Conrad however said, “It is important there should be continuous dialogue, discussion and continuous process through which we will resolve small issue before it becomes big.”

Whether the NPP would send party leaders to visit Manipur, the NPP president said that two general secretaries at the national level, one from Mizoram and another from Nagaland have been requested to visit Manipur and submit a report on the political situation there.