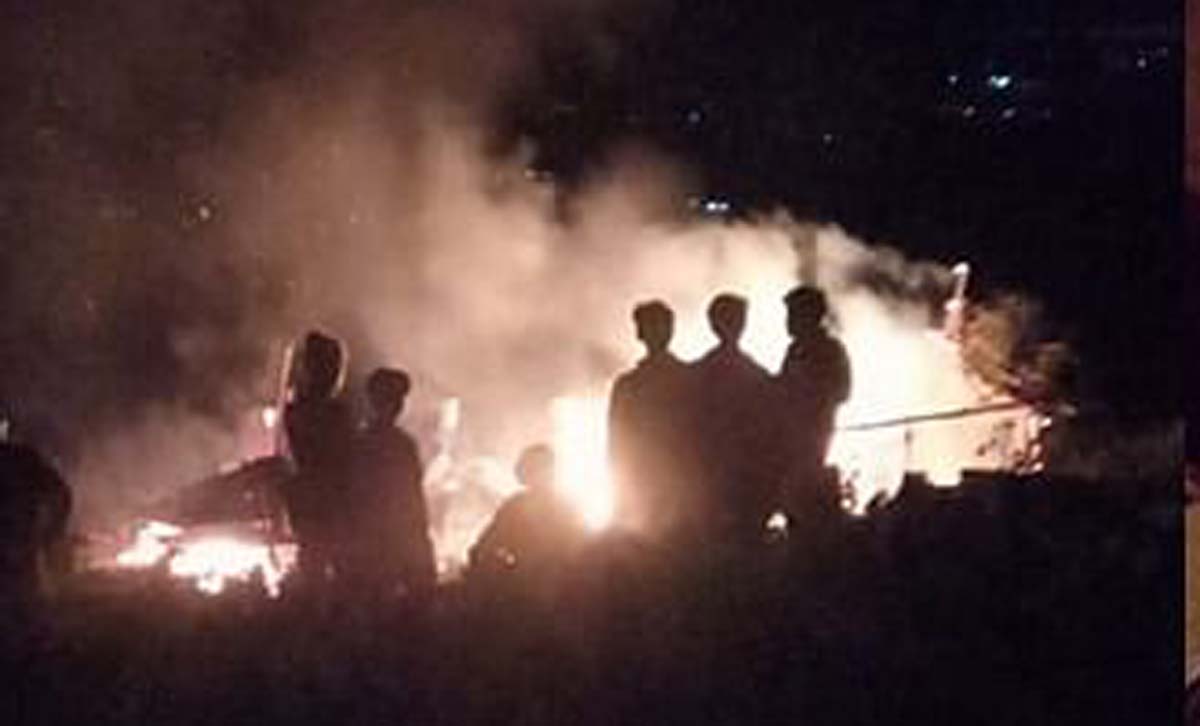 Three minor girls died while a minor boy received serious burn injuries in a massive fire incident in the Kangpokpi district of Manipur.

According to a media report, the incident took place on Wednesday in the jungle of K Moljol village near Keithelmanbi in Kangpokpi district. The deceased have been identified as 4-year-old Lhingneihoi Tuboi, 7-year-old Neichamkim Tuboi and 3-year-old Hatchonghoi Tuboi, the report said. The minor boy, who received serious burn injuries, has been identified as Seiminlal Tuboi.

The injured boy was immediately taken to the hospital for treatment. He is undergoing treatment at Raj Medicity in Imphal for the burn injuries. The report quoted sources as saying that the minor boy had received 90% burn injuries. The boy is currently battling for life in the hospital. The cause of the fire incident is yet to be ascertained. The details are awaited.