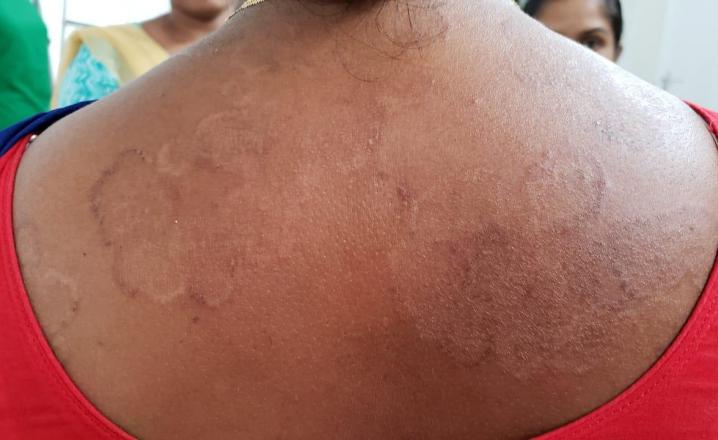 The Voluntary Association for Social Upliftment (VASU) has said that the skin disease that was there in Mahendraganj, South West Garo Hills district has spread to another part of the district, Ampati.

According to Shabnam Mohan Raj, CEO VASU, the organisation has brought 40 patients, 27 from Mahendraganj and 13 from Ampati, to Guwahati on Monday for treatment in Guwahati Medical College Hospital (GMCH).

It may be mentioned that in August this year when there were reports of thousands of people from Mahendraganj being affected by skin diseases the South West Garo Hills, deputy commissioner said that he is going to file FIR against the people who are spreading rumors on the spread of skin infection.

According to the CEO of VASU, on August 16, 2019, on a visit to Mahendraganj, she, discovered that a large number of people, whose number would be in thousands, were suffering from serious skin infection in the villages around Mahendraganj.

She took several photographs. She also shared the information with a senior functionary of the government of Meghalaya and also to a number of her friends with a view to get some assistance for the people suffering.